I am typically not a museum girl. Usually, I will sprint through them, snapping photos of all the informational placards to read at a later time, if ever. But, after eating bugs at Chiang Mai’s Sunday Night Walking market and being bitten by a dozen mosquitos, I figured it might be a good idea to go to an insect museum in Thailand to confirm the exact species of pests that had been the culprits of my torment.

Discreetly positioned on one of the streets in the Chiang Mai city center, there was a dimly lit shop closed off by a bamboo stick, the Museum of World Insects and Natural Wonders. 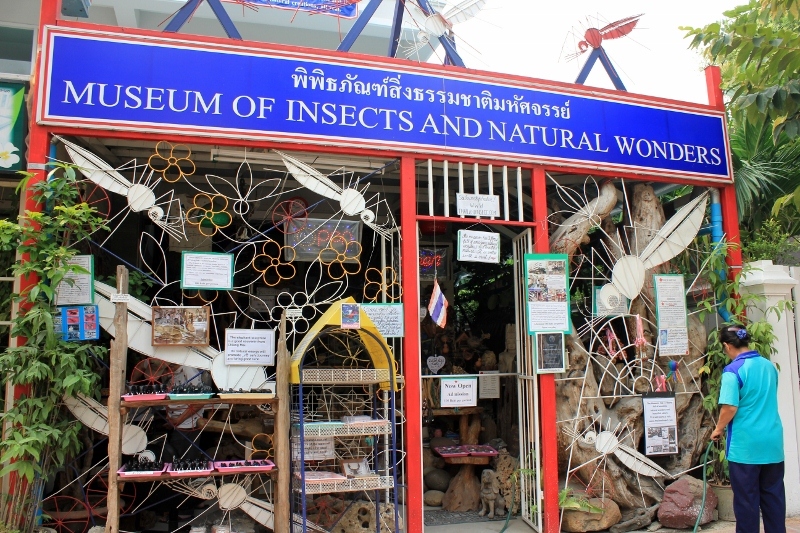 With over 4,000 bug species, this insect museum was off-beat, quirky and a little bit creepy. Right up my alley.

As I approached the door an older man wearing a purposely holey t-shirt came near, Mr. Manop Rattanarithikul. He and his wife were the creators of this incredible bug wonder. He immediately turned on all the lights and welcomed me in, their only guest at the moment. 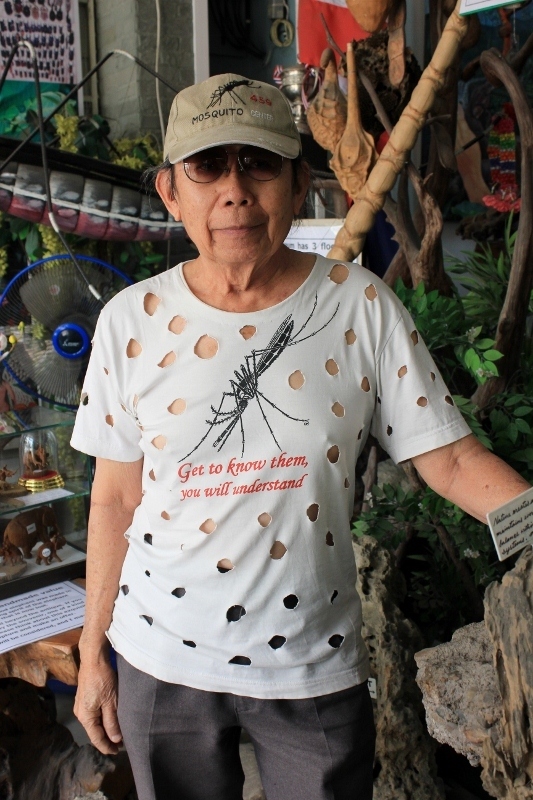 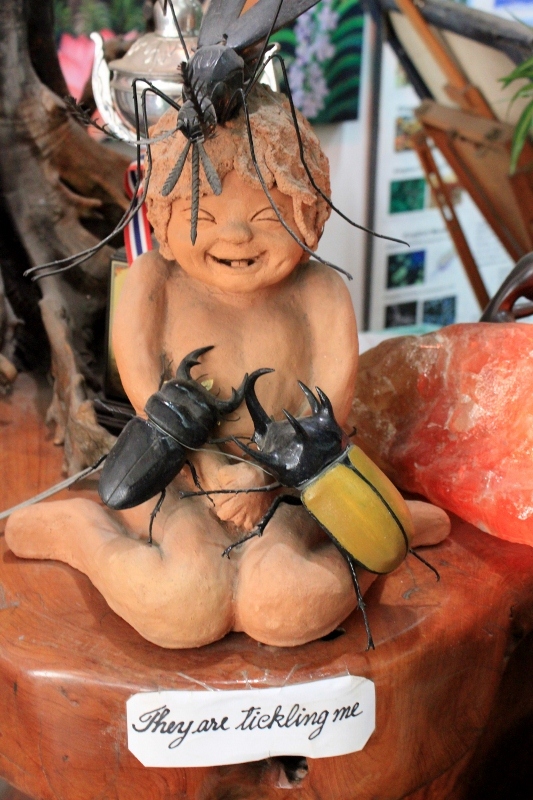 The entrance fee was a mere 100 baht ($3.03 USD) and what you got for your money was a tour of a handful of rooms cluttered with bugs. It was evident that the owners were passionate about what they did. Manop personally showed me around, excited about explaining just about every insect on the bottom floor.

Then he sent me to the upstairs of the insect museum to explore on my own. 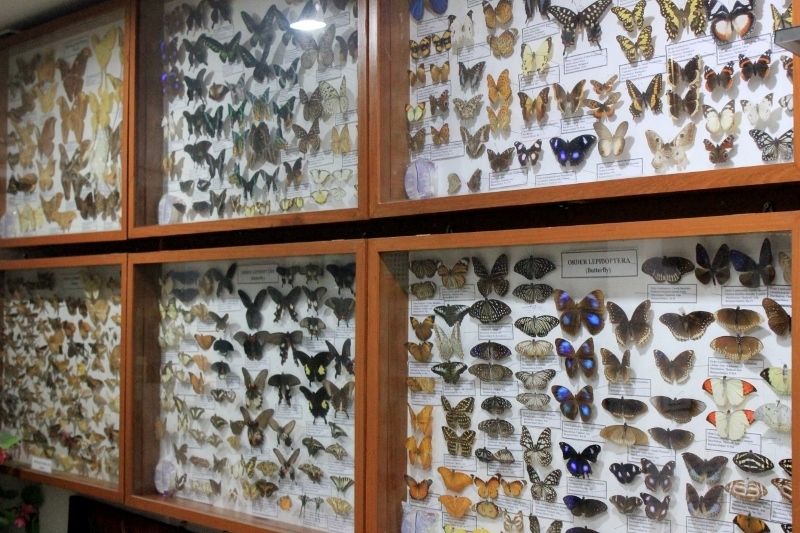 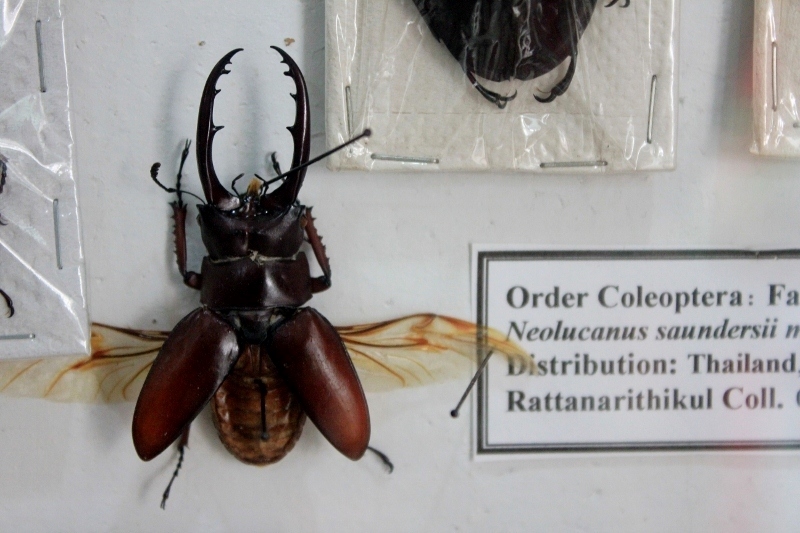 I stood in front of the glass cases filled with colorful butterflies, mesmerized by the many different shades of orange. Now that is one pretty bug I wouldn’t mind collecting.

Then, I moved on to the other critters, most with beady eyes and jagged claws. Many reminded me of the cockroaches and scorpions I had encountered while living in Arizona. Don’t want to relive that.

Happily, what I was seeing here was pinned to a white board and not able to scurry across the floor. 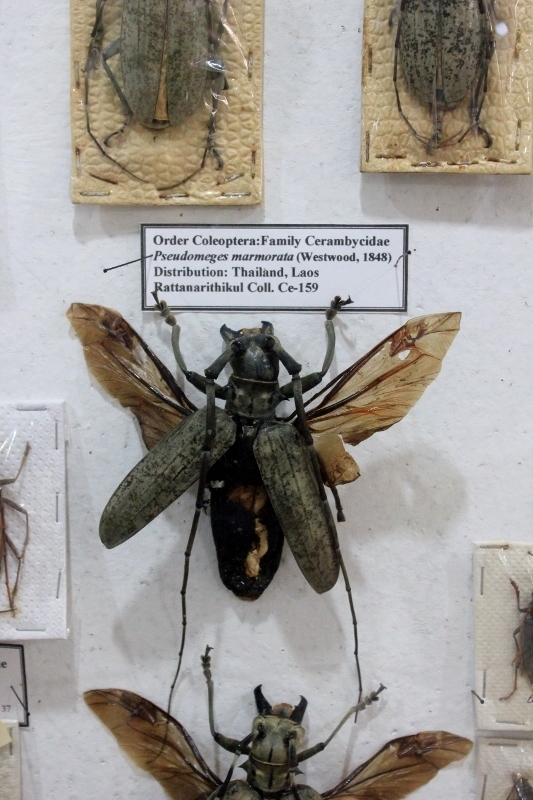 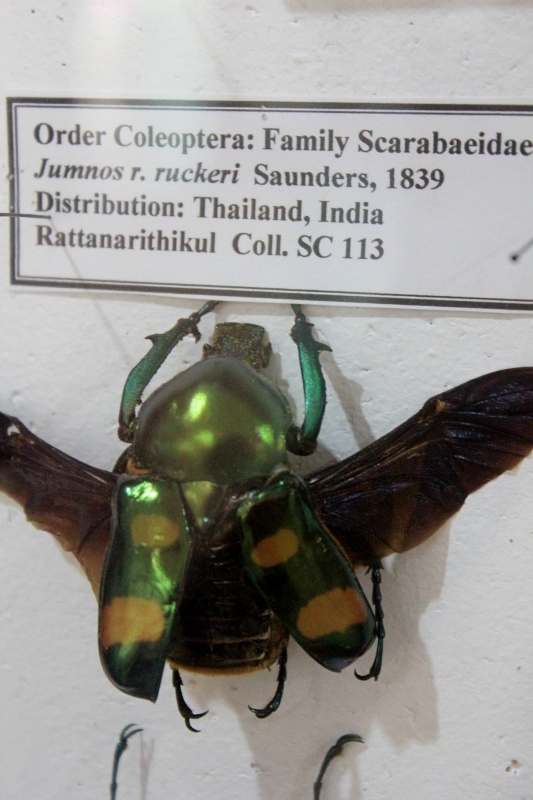 With hundreds of mosquito species, I quickly realized that finding the little pesky critter that caused my ankles to itch would be close to impossible. That’s okay. I resent them all.

When I was finished, about twenty minutes later, I walked back downstairs to exit. The owner looked at me quizzically, “Are you finished already”?
“Yes”
Did you see the buttery exhibit”
“Yes”
What about the Mosquitos?
“Uh huh”
Did you see the crickets?
“Yes”
He shrugged, slightly offended that I did not spend more time with his passion. That in no way meant that I did not appreciate his passion. That’s one of the best things about passion, it’s different for everyone. What was eerie to me was a beautiful, lifelong dream to him. I respect that.